Rectifiers can be seen everywhere in our daily lives, but do you know what its role is? The following editor will give you a detailed introduction to the role of rectifiers.

In layman's terms, a rectifier is a device that converts alternating current (AC) into direct current (DC). According to the definition, it is not difficult to find that its main function is to transform alternating current (AC) into direct current (DC), and supply it to the load after filtering, or to supply the inverter. So how important is the rectifier? Let’s put it this way, because all electronic equipment needs to use DC, but the general power company uses AC, so unless it is powered by batteries, the power supply of all electronic equipment is indispensable inside the rectifier . It can be seen that the rectifier is an indispensable power supply device for electronic equipment. Another example is the most common car rectifier, which also plays a vital role in the car. Through the principle of rectification, not only can the phenomenon of idling jitter be reduced, the power can be improved, and the problems such as weak climbing acceleration, car rubbing, and shifting can be effectively improved, but also the battery and automobile electrical circuit system can be protected, and its service life can be prolonged. Therefore, small rectifiers play a huge role in our daily lives.

The role of a rectifier

The role of rectifier 2

Rectifiers are sometimes not only used to generate direct current. In a very early period, thin metal wires called "cat whiskers" were used on mineral radios and pressed on the galena crystals to form a point. Contact rectifiers are called crystal geophones or ore geophones. Therefore, the rectifier can sometimes be "processed" to replace the detector. One of its special functions is to detect the wave. For another example, in a gas heating system, flame rectification is a "detector" that checks whether the flame exists. If the flame exists, the plasma will affect the AC voltage generated in the current path formed by the two metal electrodes outside the flame. The role of rectification. 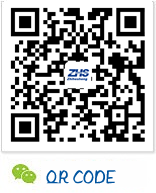